What are open source libraries?

Why are open source libraries used?

The use of open source components in the SDLC provides lots of ways for developers to save time when coding specific features. This, in turn, saves their companies money. It’s easy to see why open source code has become the basis for software development and one of the driving forces of innovation. In high growth industries in particular, such as E-commerce and Enterprise Software/SaaS, the past year saw growth in the number of open source vulnerabilities.

What are the problems? 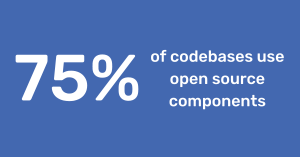 How common is open source code?

According to the 2020 OSSRA report, which examines the results of more than 1,250 audits of commercial codebases, 75% of audited codebases contained open source components with known security vulnerabilities. Due to the open source nature of these libraries, the details of these vulnerabilities are publicly available. This means those with malicious intent have all the necessary information to carry out an attack. Such attacks have incurred huge costs for organisations, particularly those in regulated industries, such as financial services. 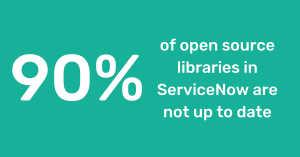 What can I do about it?

Similarly, one of the key challenges Quality Clouds customers face is opening the ‘black box’ of SaaS; that is, gaining full visibility of everything that’s installed across their instances. The Quality Clouds platform carries out fully-automated, scheduled scans of our customers’ instances. This provides a full inventory of the platform, continuously tracking and monitoring what open source dependencies are present. Our 2021 ServiceNow Development Report showed that a very sizable percentage of the instances Quality Clouds scan use at least one open source library, with jquery and AngularJS being the most popular.

Another concerning fact is that, in several instances, the managers were unaware which open source libraries were installed. Some managers mistakenly believing none were present in their platform. Using an external code library without knowledge is definitely a problem. One of the most important ways to mitigate the open source vulnerabilities is to carry out an inventory of what open source code you use. Then you can track the vulnerabilities that are associated with these libraries.

Are you confident that your ServiceNow or Salesforce platform doesn’t include open source library dependencies with security vulnerabilities?

Book a demo with Quality Clouds to find out how you can remain on top of the issue.