The Rise of the Citizen Developer

The revolution in SaaS and Low Code Application Platforms (LCAPs) has seen a new trend emerge in IT – the rise of the citizen developer. Today we’ll be looking at what this term means and the implications it has for organizations.

Nowadays a key part of practically every company’s business success is its IT infrastructure. Applications can empower companies to deliver vital productivity and can provide critical differentiation and agility.

The exponential increase of digital solutions did not see an equal increase in coding talent. Therefore, an enormous shortfall of talent existed. This would have stifled business innovation and would have risked a very unbalanced marketplace.

Seeing this issue, companies such as Salesforce and ServiceNow entered into the marketplace, deciding to create applications so that they could be configured and designed through graphical interfaces rather than traditional computer programming. Infrastructure, e.g. servers, had already been abstracted and moved offsite so companies could focus on platforms. The introduction of SaaS saw an extra layer of abstraction on top of PaaS (Platform as a Service). Coding of databases, web servers, mobile support and more could now be passed on to another company. At the same time, these companies provided a platform where companies could focus on creating immediate results.

This revolutionized the whole marketplace and sparked what many have termed the fourth industrial revolution. The abstraction of the significant barriers to entry allowed smaller companies new possibilities that otherwise would never have been possible. Suddenly the lack of coding talent also became less of a hindrance to growth than it had once been. Making applications much easier to change saw the birth of a new type of application builder: the citizen developer. 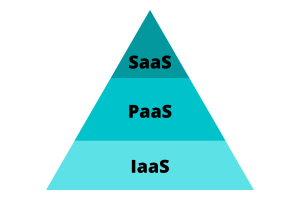 Who is a Citizen Developer?

LCAPs democratized development to the extent that in theory, anyone who is IT savvy enough should be able to work on applications. In reality, the people who actually go on to work as citizen developers tend to have a broader set of similar skills and outlooks. Perhaps the key motivator for a ‘citizen developer’ is efficiency. They are often problem solvers who confront inefficient processes and investigate more effective ways to achieve their results. Citizen developers also tend to be towards the frontline of the business, meaning their thought processes are often led by commercial logic. This can drive some major insights and impactful quality of life changes for users.

Why are Citizen Developers Valuable to IT?

IT is designing platforms for their users, who tend not to care about the effort or time involved in such efforts and simply want the end result. With limited developer resources and ever expanding needs, IT cannot solve every issue at once. A massive quality of life win for one department might not be business critical, leading to delays. This is where the citizen developer can step in. IT can focus on architectural and coding issues while citizen developers can implement configuration changes to deliver solutions quicker. This ends up as a win-win for everyone involved. Efficiency increases and managers can deploy crucial resources where most needed.

Another way citizen developers can help IT is through sharing knowledge of the platform. One current issue with SaaS development is a tendency to rely too much on code rather than configuration. Not only does this make platforms more difficult to maintain, but it is also not the most efficient design. Instead of using inbuilt functionality, experienced developers may instead design parallel systems to replicate results. This might be due to a lack of knowledge of the platform or lack of understanding of the actual desired business result. Having more business-oriented citizen developers with a greater understanding of the limits of configuration can lead to greater process efficiency and fewer headaches for architects down the line.